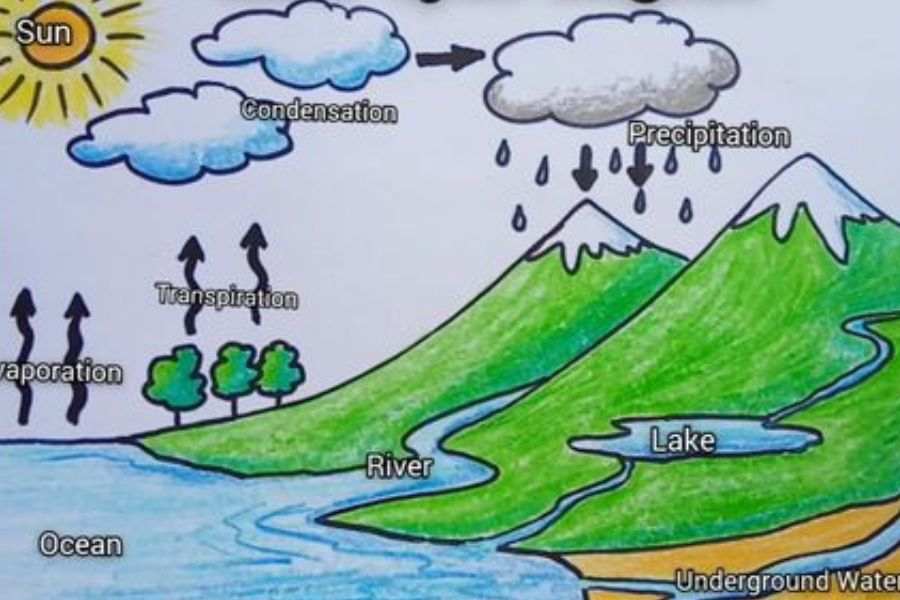 What is water Cycle?

The water cycle is a process of recycling Earth’s water supply. It is a continuous cycle that involves various processes, such as evaporation, condensation, precipitation, and deposition.

The water cycle is a series of processes continuously flowing within the Earth’s land and atmosphere. It is powered by gravity and the energy of the sun. Its purpose is to supply water to plants and animals. It also helps to cleanse the air.

The stages of the Water Cycle

Many steps play a role in the movement of water. Below are the various stages that make up the process of water.

The cold temperatures at higher altitudes eventually cool the vapor of water that accumulates in the atmosphere. The vapors turn into tiny drops of ice and water, eventually forming clouds.

Below 0°C, the vapors begin to form water droplets. However, it cannot be condensed without dust and other particles. Thus, water vapors affix themselves to the surface of the particle. If enough droplets meld with each other, it falls from the clouds onto beneath the surface. This is referred to as precipitation (or rain). When the weather is particularly cold or with extremely low air pressure, the droplets of water freeze and fall down as hail or snow.