What is the Density of Water? | Safe water Filter 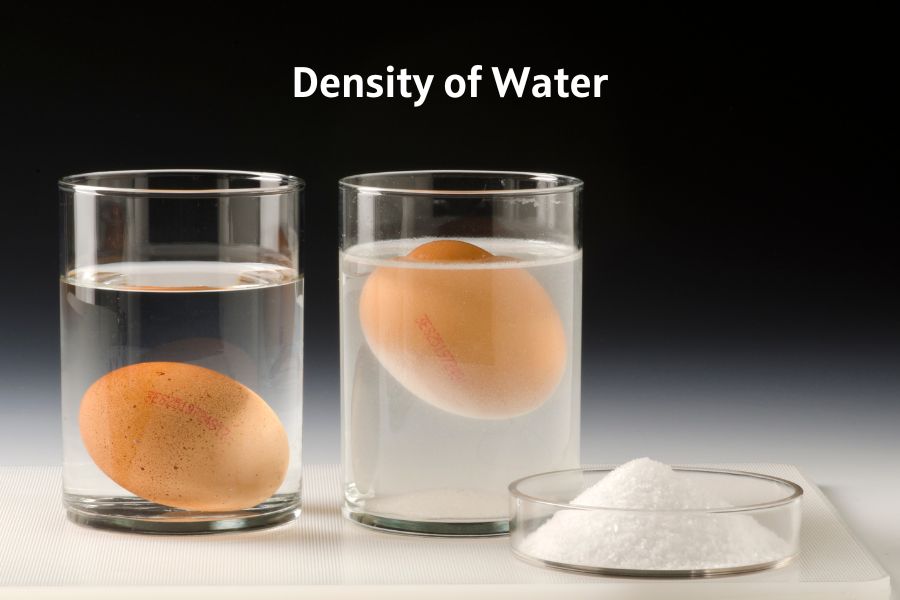 What Is the Density of Water?

At standard temperature and pressure, the density of water is about 1 gram per cubic centimeter (g/cm^3) or 1 kg per liter (kg/L).

The density of water can vary depending on temperature, pressure and presence of impuri . As water temperature decreases, its density increases, but this relationship is non-linear and unimodal.

At about 4°C, pure water reaches its maximum density. However, as the water temperature continues to drop, it expands and becomes less dense. This unusual negative thermal expansion is thought to be caused by strong intermolecular forces and orientation-dependent interactions similar to those of molten silica.

Q. What is the density of seawater?

Q. What is the density of water at 4 degree Celsius?

The density of water at 4 degrees Celsius (4°C) is about 998.9 kg/m3 or 998.9 kg/L, which is slightly less than 1 kg/L and is considered the maximum density of water at this temperature. This is because as water cools to 4°C, the molecules slow down, lose energy and as a result, they start to pack together. It is important to note that the density of water can vary depending on the pressure, impurities and other factors present in the water.

Related Article:
+ What are parameter of drinking water?
+ What are the methods of water purification?

Spread the love
previousUses of Water: Importance and Applications
nextWhat are waterborne diseases? | Causes and Prevention
Tags:Density of Water